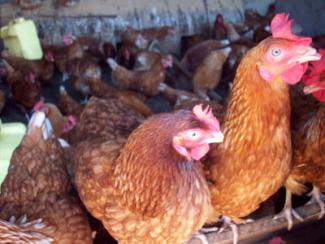 A few years ago we helped a group of widows in Kiwangala set up a micro-finance cooperative. The idea was to provide a way by the women could find practical funding to set up in business to earn income for their families. We started with twenty-two women. Now the group has forty-five members.

It looks like something has gone right. One indicator of the success of the initiative is that around half the women are now earning sufficient to make regular savings into the fund. Standards of living appear to have improved for many families in the village. They tell me that they now eat meat regularly which they could not do before.

When I last met the widows, Friday evening was the weekly meeting where the group sat in a large circle on the ground making deposits or requesting loans. Women who repaid their loans increased their credit rating and were allowed to borrow more. A new Tuesday meeting has been added when workshops are held and there is discussion about problems in the village such as malaria or diseased animals.

One shocking statistic that I have picked up is that seventy percent of the widows in the cooperative are HIV positive. This seems to be typical of the local area. Two of the group have died because they stopped taking their drugs. It seems that one of the side-effects is nightmares.

This afternoon, Justine who leads the women's group, has taken me on a tour of some of the local widows. The trail through thick plantations of bananas, coffee and maize takes us to Kanku on the edge of the village. Many of the women now keep pigs and I saw several litters of piglets. Goats are popular and one lady has used a loan from the cooperative to buy a billy goat. Local females are introduced for five thousand shillings a time. Some women have taken loans to build up flocks of hens, some for eggs, others for meat. At each hose we visit, children run around in the dirt amongst livestock of every description. The overall sense is of a community coming to life and starting to be self-sufficient.

The group have begun taking on joint ventures although not always successfully. Recently, they were persuaded to buy a batch of several hundred young chickens which were shared out among all the women. Many of the chicks have since died and the ones remaining that I have seen are strutting around aimlessly trying to keep out of the sun.

The latest venture which the women have in mind is growing tomatoes for selling to Sudanese traders who come across the border looking for supplies. We hope they have better success with that one.

It is pleasing to see a community of women who were struggling to feed themselves and their families three years ago. Despite the odd setback they appear to be going from strength to strength and increasing the number of women they are able to help.