The mouse and the elephant 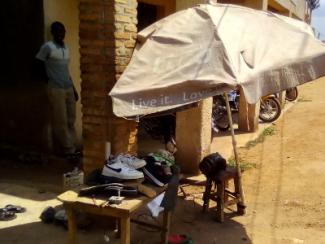 Despite being one of the smallest countries in Africa, Rwanda could never be accused of shyness in asserting itself on the international stage. Even so, taking on the US in an international trade dispute doesn't look likely to pay dividends.

The dispute started back in March when the Rwandan government increased the tariff on imported second-hand clothes from $0.20 to $2.50. Their argument is that the imports are hurting local business and that Rwanda is being used as a dumping ground for western used clothes. The response from Donald Trump was predictable. Rwanda was told that if it did not reverse the tariff increase, Rwanda's duty-free access to the US apparel market would be suspended after 60 days. The deadline ran out in May and the position hasn't changed since.

The second-hand apparel industry is a lot bigger than Rwanda. This is global and profitable. The trail starts with the throw-aways which are the result of the rich world's infatuation with fashion and consumption. The t-shirts, jeans and dresses that don't find their way to the high street charity shops are gathered by traders who sort and bundle for sale into the third world. From there, the clothes find their way to clothes stalls in markets which can be seen all over Rwanda and Africa. At the village level, this is a valuable business supporting jobs, and one of the basics in life.

It is true that there are apparel manufacturers in Rwanda which find it difficult to compete on the international stage. The reason though is that compared to clothing produced in Bangladesh, China or Pakistan, Rwandan products are always going to be expensive. The Rwandan government is hoping that by cutting off the supply of clothes from abroad the local manufacturers will be able to sell into the Rwandan market. This might be difficult. The reality is that for the majority of the population, the cost of local products is prohibitively expensive. Market traders are struggling with the new regime and local people are complaining at the increased cost of their clothes. The reality is that there are many in Rwanda who possess only two garments: a t-shirt and a pair of trousers or a skirt, and these weren't purchased new.

Rwanda has benefited from infrastructure investment, particularly in Kigali and mostly from China. This has created employment and attracted international business. In Kigali centre, glass-fronted office blocks have replaced the run-down colonial-era buildings which dominated only a few years ago. The skyline has changed remarkably. What has not happened at the same pace is an expansion in employment across the rest of the country. Poverty remains widespread and anything that might be described as a mass consumer market is restricted to a minority of the population enjoying the benefits of this economic activity. For the majority, little growth in prosperity has been seen. Artificially inflated clothing prices are not going to help and it will be the poorest in Rwanda who will pay the price for their government's fight with the US.